Circular and regenerative economy, what are we talking about?

Regenerative and circular economy, what is it? 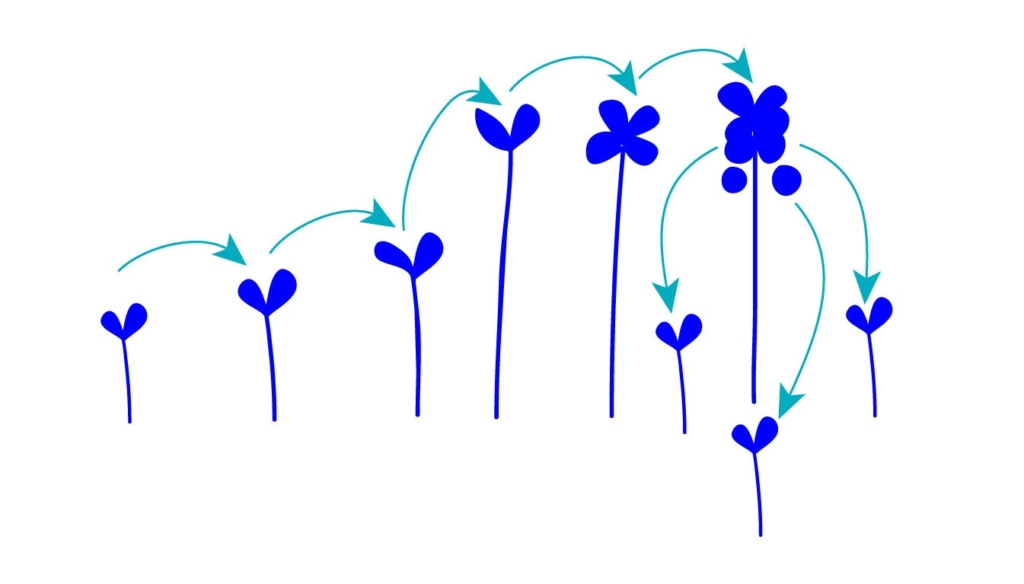 Reducing our negative impacts is not enough, the goal now is to have as many positive impacts as possible.

The regenerative economy is increasingly discussed, how could it be relevant? According to the OECD, the world’s middle class now represents 1.7 billion people. The resource consumption of this population corresponds to the equivalent of 1.7 Earth planets. By 2030, this middle class is expected to reach 4 billion people. It is well understood that in terms of resources, it is unlikely that this forecast will become a reality. Ecosystems are already overexploited and the day of global resource depletion (the Overshoot Days) is being pushed forward every year. There is no need to dwell further on the observation, which is increasingly alarming. Yet, solutions exist to reverse climate change and live in a world with enough resources for all the living species on this planet.

How can each company or organization, by applying the principles of a circular and regenerative economy, participate in this fundamental and necessary change?

In recent years, we have heard more and more about the need to reduce our environmental impact. Trying to emit less carbon, pollute less or extract less new materials is often mentioned. However, the results are slow to be seen. This state of mind is based on the principle that as a human being, we cannot do otherwise. As if everything we conceive is necessarily negative from an environmental point of view. Obviously, this state of mind is not the right one. Moreover, doing less damage is not even enough to slow the global destruction of ecosystems and reconcile the economy with the ecosystems that host us.

« The view that negative impacts are an inevitable consequence of development has blinded us to the obvious. We could design development to increase the size, health and resilience of natural systems, while improving human health and life quality.» Janis Birkeland

If we take up the initials of Circular Economy, we can also call for a necessary Consciences Evolution and therefore tend towards a dynamic that is positive and regenerative. It is no longer just a question of limiting its negative impacts. It is now urgent to have as many positive impacts as possible. Especially since this change in dynamics can quickly bring concrete unifying results.

What are the 5 operating principles for a circular and regenerative economy?

Before giving its principles, it should be recalled that humanity is only one species among many others on this incredible ecosystem that is our planet Earth. This species has been present for a few tens of thousands of years while living organisms have existed for more than 3.5 billion years. The comparison calls us to a little more humility in relation to our position in this ecosystem. Even more so, if we consider only the period corresponding to our various industrial revolutions that began just 200 years ago. A period during which we have managed to challenge the balances that have existed for millions of years and even threaten the survival of species much older than us. This is why living organisms are a magnificent source of inspiration. Biomimicry helps us rethink forms, operating processes, interactions and ecosystems.
The principles of this economy derive from these observations and operations that have been proven for millions and millions of years:

Regenerative economy is a local economy that promotes interaction between actors.

Regenerative economy leads to cooperation rather than competition.

Regenerative economy develop life and evolution, rather than destroying it.

Drawing inspiration from living organisms to set up this circular and regenerative economy.

To try to get humanity out of the slump, drawing inspiration from living ecosystems is by far the best solution. Scientists have shown that regenerating ecosystems represents our best chance of saving ourselves from climate change. This massive regeneration would reduce our emissions globally but also to capture carbon. Restoring forests, for example, would capture 37% of our greenhouse gas emissions to ensure a good chance of staying below two degrees by 2030. Recreating living soils also helps to capture carbon, regenerate biodiversity and improve yields. Reintroducing wolves into certain regions helps to regulate the species that eat vegetation and thus improve carbon transformation through photosynthesis.

Our window of opportunity to avoid the worst is getting smaller and smaller. Fortunately, there are more and more examples showing that things can go in the right direction. Pakistan has completed the planting of one billion trees and has embarked on the planting of 10 billion new trees for the coming years because the effects have been so beneficial in environmental, economic or social terms. Veja, the basketball brand, by buying natural rubber and organic cotton, has contributed to the regeneration of several areas of the Amazonian forest. Or the example of Les Vergers du Mekong, which, as a fruit and vegetable processor, encourages hundreds of Vietnamese farmers to convert to agroforestry and permaculture. There are many examples and they just need to be duplicated to restore what has been destroyed.

In the end, as you will have understood, it is no longer appropriate to seek impossible growth or to aim for decline. These perceptions are induced by poor indicators such as GDP. We must regenerate as quickly as possible and make life flourish in all its forms, is that not the final meaning of life?