Single-use plastic is not fantastic anymore

· every year 8 million tons of plastic waste enter the oceans... ·

It is the equivalent of emptying one full rubbish truck of plastic waste in the ocean every minute.

Plastic has become omnipresent in our lives and in nature. It is now a commonplace material used everyday, everywhere by everybody. Agriculture, transport, events, health, hygiene, tourism, fashion, logistic…etc every industry use and consume plastic in various ways.

According to the United Nations, 50% of plastic consumed is either disposable or single-use, which means that it ends up in our dustbin and waste streams only after a few hours or days of usage. The key issue is that plastics can take up to 1 000 years to decompose generating disastrous impacts in natural ecosystems.

By 2050, if nothing is done, 12 billion tons of plastic waste will have accumulated on the planet, in nature and in the oceans according to the projections of the Ellen MacArthur Foundation. It is an environmental and health scourge that cannot be ignored. 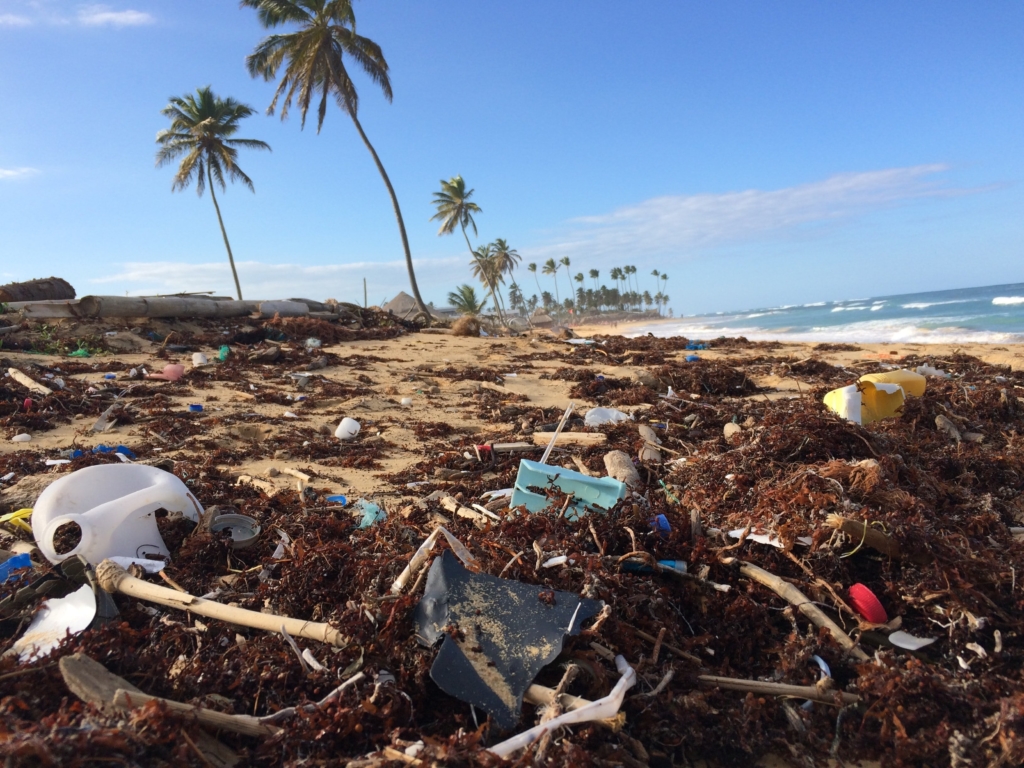 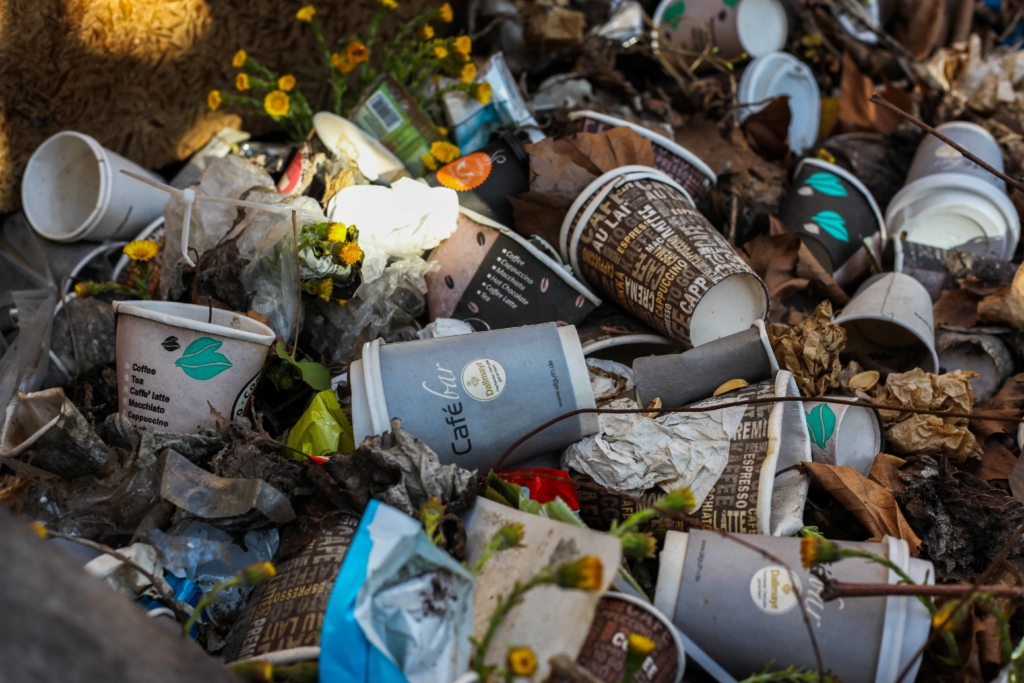 What is single-use plastic?

According to the European Commission, ‘single-use plastic product’ is “a product that is made wholly or partly from plastic and that is not conceived, designed or placed on the market to accomplish, within its life span, multiple trips or rotations by being returned to a producer for refill or re-used for the same purpose for which it was conceived”.

Thus, a single-use plastic includes all products made of plastic and initially designed to be use only once. For example, a water bottle filled a second time by its user remains a single-use bottle as the bottle is not adapted to a second use: it will degrade, lose quality right after the first intended use.

Plastic has become omnipresent in our daily lives but are we aware of the consequences of plastic use? 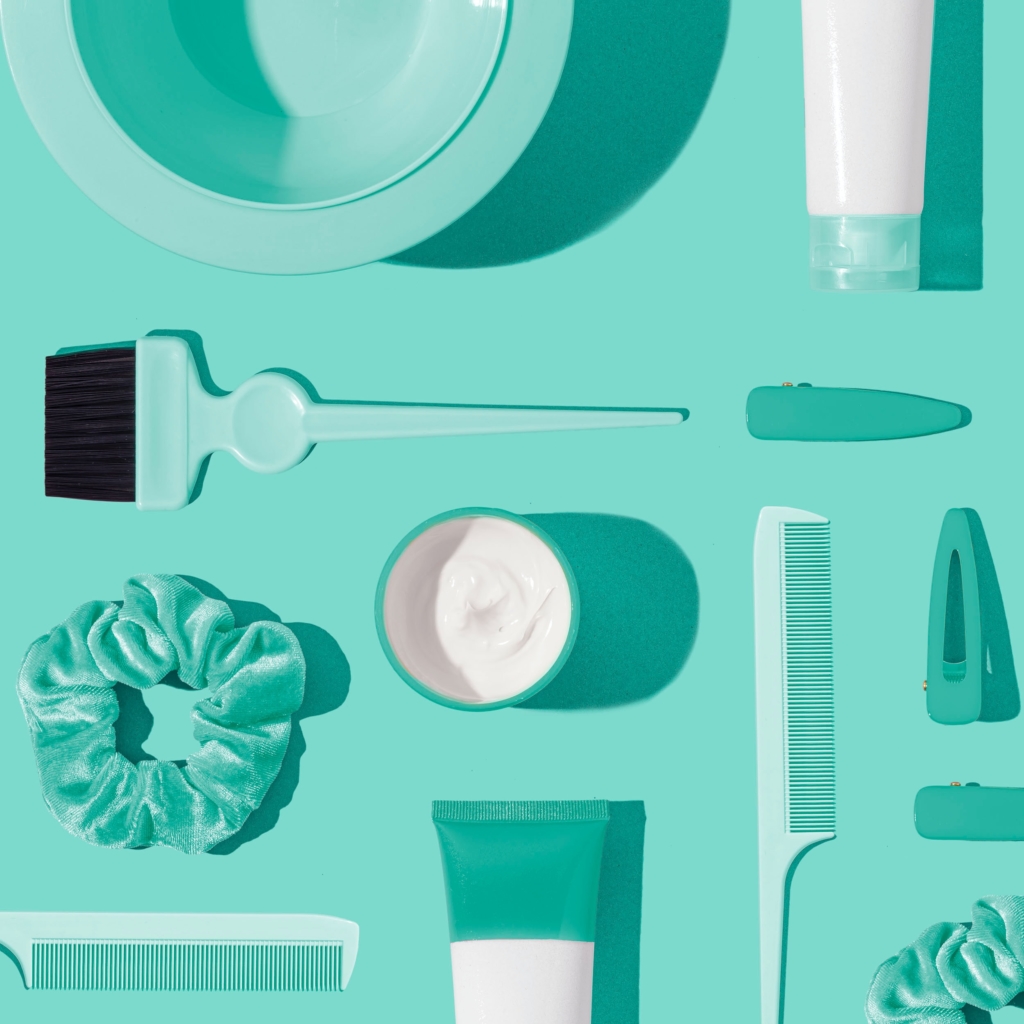 What are the impacts of single-use plastic on our health and our planet?

In a report published in February 2019, the Center for International Environmental Law (CIEL) warns about the health impact of plastics. It has a negative effect during both its production and consumption phases when it is used, treated as waste or released into the environment. Firstly, during the extraction of raw materials, chemical and toxic substances are released into the atmosphere, water and soils. During the transformation phase, these raw materials are transformed into plastic, toxic and carcinogenic elements are released into the atmosphere, due to petrochemical additives and processes.

Then, when the consumers use plastic products or packaging, they ingest or inhale plastic micro-particles. On average, one person swallow 5g of plastic every week! It is the equivalent of ingesting a credit card per week according to a report by the WWF and the University of Newcastle, Australia. In fact, according to a study published on September 9, 2021 in the journal Microplastics and Nanoplastics, from the group Nature, there is 5 times more quantities of microplastics suspended in the world’s upper oceans than we thought, that is to say 24.4 trillion pieces of microplastics, with a size between 1 and 5 millimeters. According to this study, this is not due to an explosion of plastic waste entering our oceans but to an underestimation of the quantities quantified by previous works. These microplastics have a strong impact on marine biodiversity. Microplastics concentrate on their surface a large number of pollutants and allow the propagation of viruses and bacteria. Marine species confuse them with zooplankton and ingest them. Thus, plastic is found in 94% of the stomachs of North Sea birds. These microplastics therefore have an impact on the entire food chain.

At the end of its life cycle, plastic waste is treated in three ways: incineration, recycling or landfill. Incineration releases many toxic substances in the environment. In 2015, 79% of plastic waste ended up in landfills or in natural ecosystems, representing an even greater source of water, soil and air pollution. 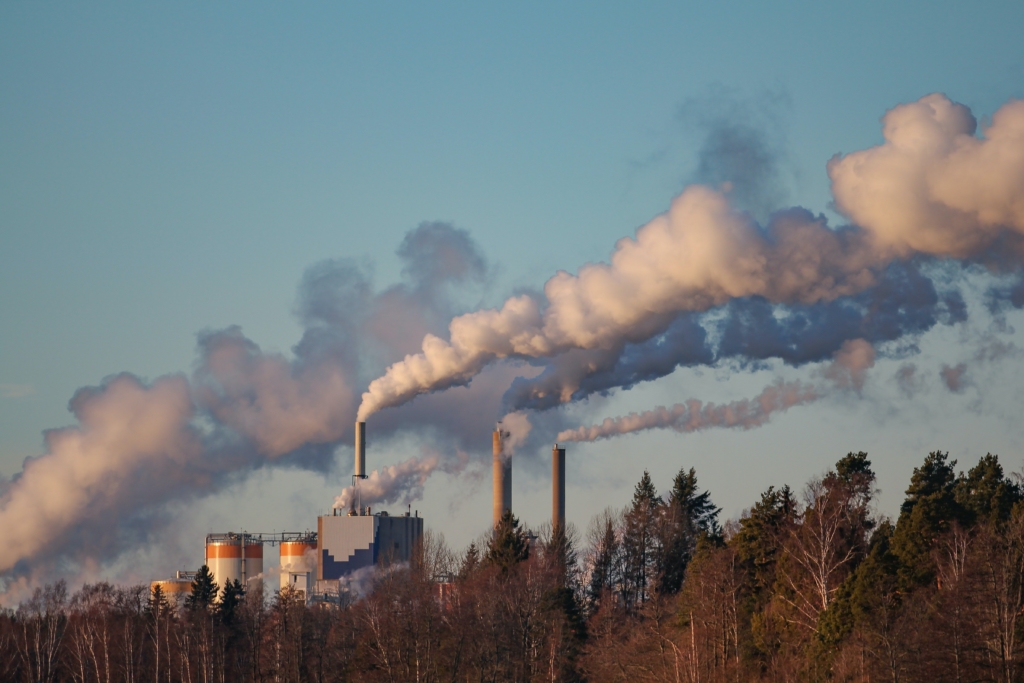 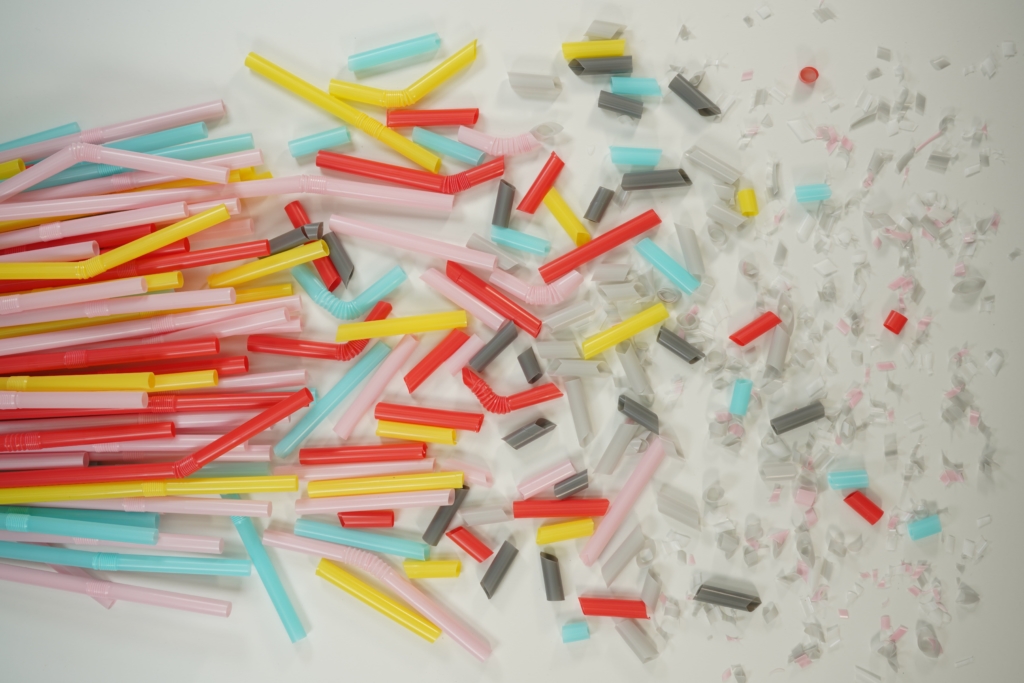 What actions are implemented across the world?

There is a growing awareness across the world of the negative impacts of plastic use. The WWF published a great awareness-raising video about the life cycle of a single-use plastic spoon, starting from the earth’s creation. Citizens are mobilising worldwide and making their voices heard, calling for a change in the production and consumption model to move away from single-use and disposable plastics. Many public and private actors have started to take action to tackle plastic pollution. The legislative and regulatory environment is changing and illustrate the changing attitudes towards the plastic waste issues. In June 2019, the European Union set up the directive 2019/904, to improve the reduction of the environmental impact of certain plastic products. In February 2020, France voted the anti-waste and Circular Economy directives, made into law by the parliament, to set a target of ending the marketing  and distribution of single-use plastics by 2040. 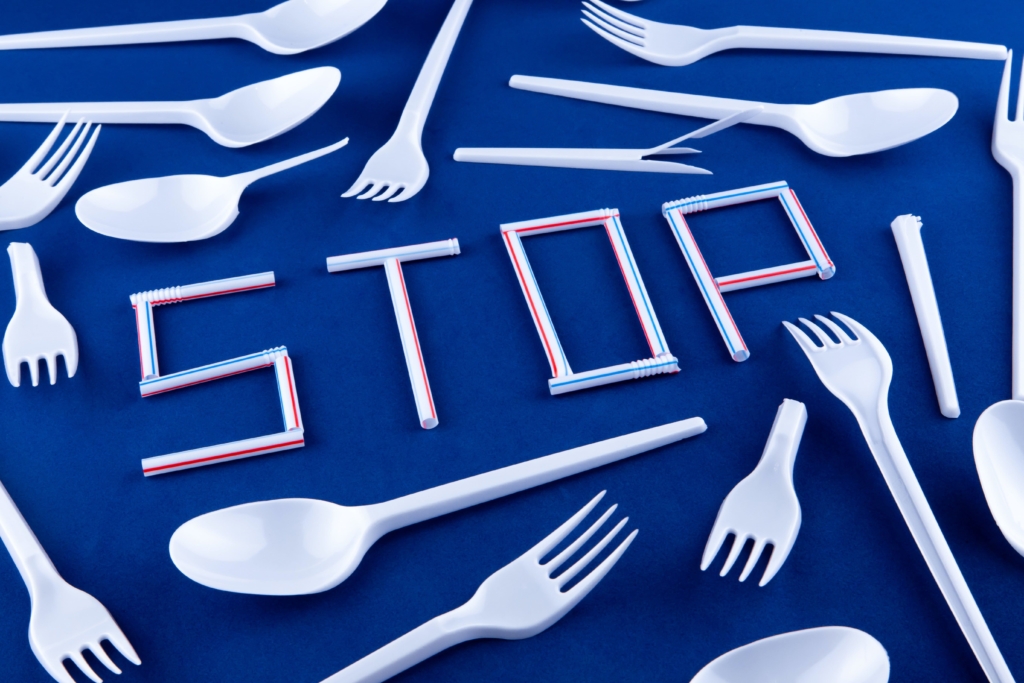 Many cities across the globe have started to implement policies to ban single-use plastic.

City of Munich and of San Francisco both focus on specific sector or area.

In Germany, the City of Munich is one of the pioneers in integrating single-use plastic issues into the events sector. The City’s regulation banned disposable tableware. The meeting and events’ actors had to innovate and deploy tableware and equipment rental services in partnership with local organisations.

In the United-States, San Francisco Airport has banned all plastic bottles. From now on, water will have to be packaged in glass bottles or in certified compostable materials. 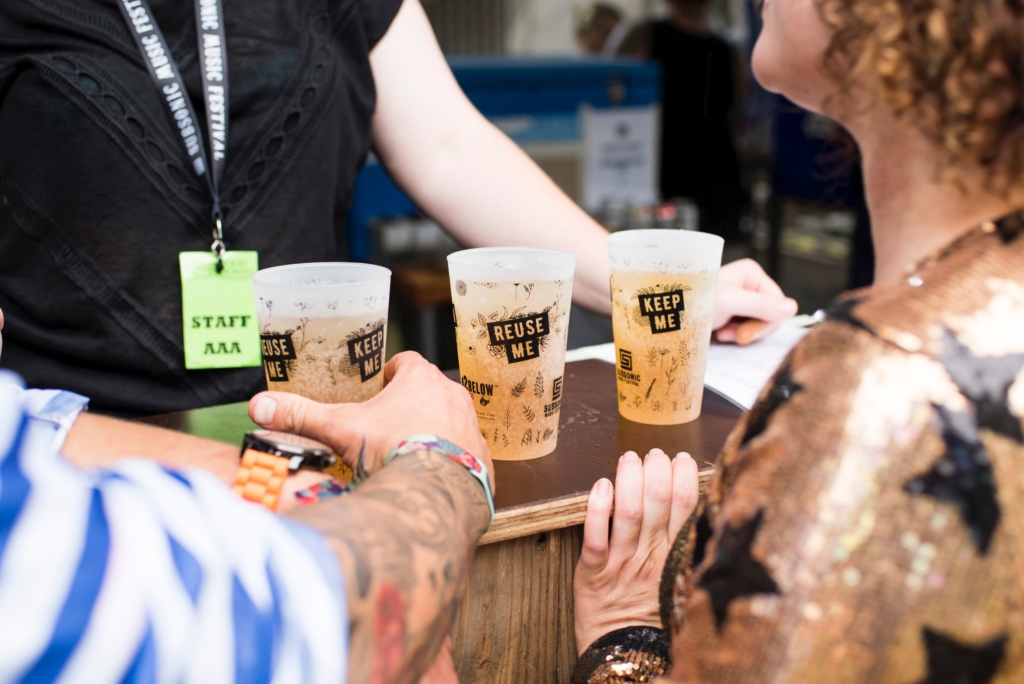 The City of Berkeley, in California has embarked on an ambitious plastic-free policy. “Other the years, the amount of plastic waste thrown into recycling and landfill streams has increased significantly. And more than half of that plastic is food ware” explained Sophie Hahn, member of the City Council of the City of Berkeley. Berkeley’s single use plastics and litter reduction ordinance provided a comprehensive solution to transition from plastic to reusable food ware. During the project first phase, the program implemented several measures. The ‘throw-away’ food ware are prohibited for eat-in. The ‘to-go’ food packaging must be compostable or reusable. The ‘To-Go’ cups are charged 25 cents to incentivize customers to bring their own cup. Accessory items (straws, lids, silverware, napkins) are only provided on customer request. To support restaurants in this transition, the program offers small grants to finance dishwashers and reusable items, as well as technical assistance to implement these changes. The program’s second phase is to create a citywide reusable ‘To-Go’ food ware system.

City of Paris guides its actors to plastic-free policy

To achieve zero single-use plastic waste by 2024, the City of Paris presented an ambitious roadmap in March 2021. The City of Paris choose Circulab to lead the creation, hosting, coordination and development of a network of committed “zero single-use plastic” private and public economic actor. As part of its mission, Circulab published 5 theoretical and practical guides to help actors avoid single-use plastic waste, which are dedicated to the following professional sectors: Food and drink, Health & Hygiene, Transport and Logistics, Tourism and roaming in the city, Events and Leisure. The guide’s objective is to support actors in the implementation of actions to reduce, rethink or stop the use of single-use plastics, through eco-design, usage reduction, reuse and selective sorting optimization. Each guide gather key figures, regulatory reminders, good practices, feedbacks, resources and lists of plastic alternatives, relevant for each sector. In each stage of the plastic free transformation, actors will be able to use tool sheets to assist them. These 5 guides, published in French, can be downloaded for free on the city’s website. 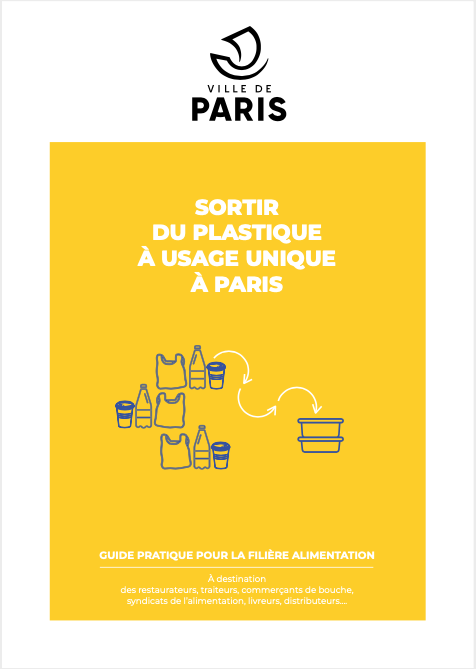 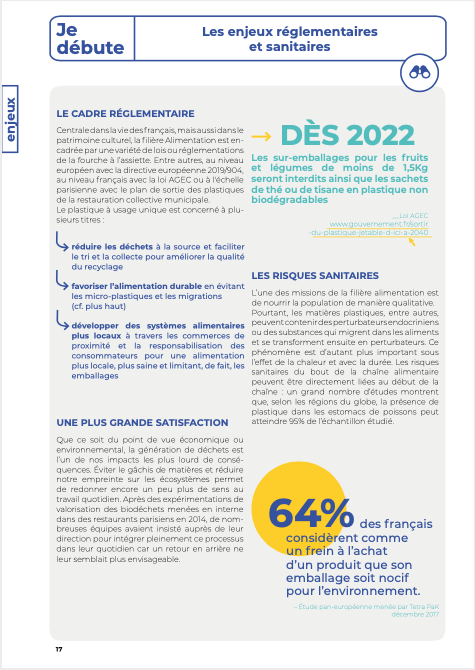 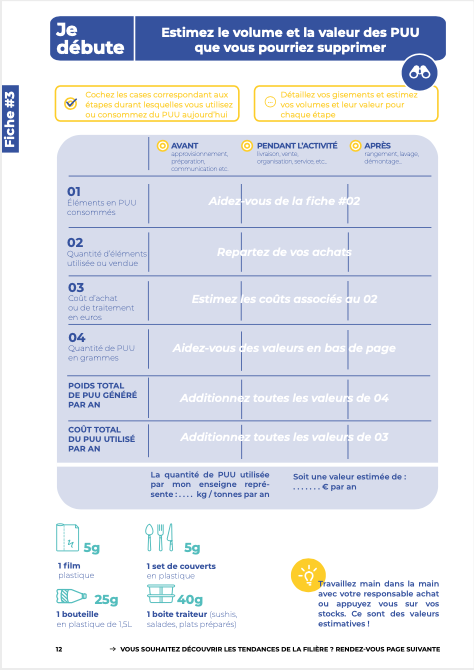 It is not about the material but redesigning the use

There is no doubt that plastic material is very useful. It is a flexible, light and unbreakable raw material that can be use in every sector. Its use is crucial in the health sector as it allows the sterilisation of products and reduces health risks.

Thus the problem doesn’t come from the material itself but from its purpose. Plastic is a material made to last. It takes hundred of years to decompose and will leave micro-particules behind. The paradox is that a single-use plastic product is initially designed to be use only once when the material will last for years and years afterwards. Bio-based bottles or bamboo toothbrushes are not the (main) solution, the reduction of the volume, the reuse of products and the recycling of the very final material are more in line with the material functions. Then the issue is to find a mix n’ match between the material itself and its duration of use.

Have a look to some companies which have implemented alternatives to plastic across the world.

Many companies are now specialised in the merchandising of solutions to replace single-use plastic bottles or cups, such as Castalie, (with water fountain for companies), 24Bottles, Ecocup,

In the food industry, deposit system and bulk shop are being developed by companies such as Loop, Club Mate, L’intendance or Webulk.

In the transport and logistic sector, returnable packaging solutions have been developed by Loadhog or Pandobac.

In the health and hygiene sector, more and more brands offers returnable packaging, such as Lush, Cozie, the Naked Shop.

How to build a business model with positive impacts? The Circular Canvas