· towards a circular economy? · 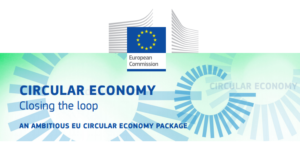 Luxembourg did not wait for the new European measures to begin its transformation. We can say that the Luxembourg authorities have unveiled their new strategy for a circular country with a head start. In proportion to its size, the country has a relatively large ecological footprint. Yet Luxembourg seems to have found the solution: implementing the seven pillars of the circular economy. Qualifying itself as a "test platform", the results are not guaranteed, but one thing is for sure: practices will change. 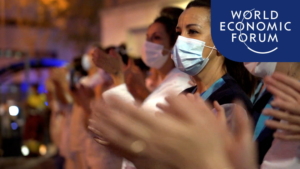 There is therefore a real dynamic emerging for the world's major powers, and let's hope that the results will be equal to the promised efforts.

We often hear criticism of the European government for its slow administrative procedures. Actions are slow to be put in place and decisions are debated between member states. The objectives are there, the measures are taken, but what about the actions? The European Commission, a supranational political force, leads and guides the policies of the member states: this is what is called a "top-down" system. This limits the flexibility of the states, who find it difficult to assert themselves and take initiatives. Conversely, despite four years under the Trump administration and the withdrawal from the Paris Agreement, the Americans have continued to take action in favor of the climate. Reflecting this dynamic, the "America's pledge" coalition, created in 2017, quantifies the actions of US non-state actors to reduce their GHG emissions in order to comply with the Paris Agreement. Finally, a multitude of movements from states, cities, companies or other committed actors have emerged. According to the Accelerating America's Pledge report produced by the University of Maryland and the Rocky Mountain Institute, 65% of Americans are engaged in such coalitions. This "bottom-up" strategy uses the ascendant leadership provided by the significant power given to the states. 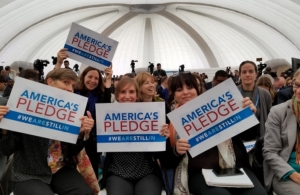 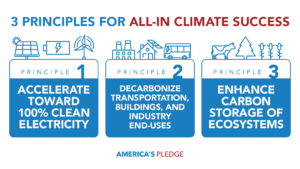 Some territories have quietly become little green paradises. Rwanda, for example, was the first country to ban plastic bags in 2008 and replace them with biodegradable bags made of natural materials such as cotton, fruit or papyrus fiber. Also, one saturday a month, Rwandans aged between 18 and 65 join forces to collect waste, plant trees or renovate public infrastructures: this is "Umuganda day". Also, an ambitious project marks this year 2021: the creation of a 100% ecological district a few kilometers from Kigali. This micro-city called "Wakanda" should be ready by the end of the year. 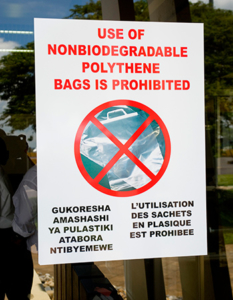 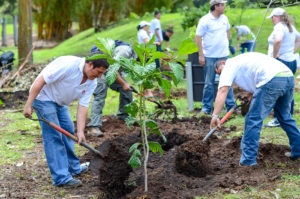 Finally, Bhutan has made environmental protection its priority. With its mountains and forests, this small territory in the heart of Asia absorbs three times more CO2 than it emits, a feat in an age of mass consumption. And that's not all: 100% of the energy consumed comes from hydroelectric sources and 80% of its agriculture is organic.

Unfortunately, priorities are not the same across the globe and while some are working to regenerate ecosystems, others continue to destroy them. Business-oriented policies, the presence of corruption or a lack of economic means... there is a wide range of causes and nothing can be taken for granted.